The authors of Patchwork Press have combined forces to write the first PWP Anthology! 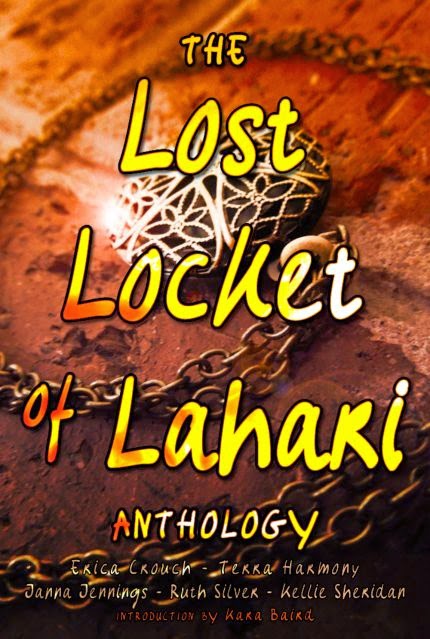 In a dusty, dilapidated stall tucked away in an alcove of a bustling Bazaar in India, a man with a rickety spine and a spindly beard bends over his work bench, forging a locket with accidental magic. There's power in a wish, and there's nothing he wants more than for his children to return home. The locket was intricately crafted, adorned with one dragonfly for each of his children - and the power to find them.

With the guidance of fate, the locket skips through time and journeys across oceans, travelling from person to person in a constant search for the souls whispered into its vessel. Centuries after the magical old man in the Bazaar became near-forgotten myth and whispered legend, the locket has fallen into the hands of those with echoes of the six dragonflies; the seeker, the empath, the dreamer, the confidant, the adventurer, and the dancer.

In the hands of its new owners, the power of the locket adapts, bending and remaking itself to answer need. While the locket never found the children of Lahari, it found the next best thing: their spirits.

The six novellas of the Lost Locket of Lahari anthology pause a moment in time when the locket finds the ripples of its ancestry. From the Victorian era to the Roaring Twenties, the 1940's, the modern day and beyond, this anthology is a collection of stories as dynamic as the authors themselves.


To celebrate the release of this amazing collection of stories, Patchwork Press is running a scavenger hunt blog tour. Fourteen clues over two weeks, and loads of goodies!

To find out more information on this exciting, interactive blog tour, go to the official Patchwork Press page and find out how you can take part, for the chance to win some awesome prizes.

I'm the first stop on the tour, and I'll be putting that post up tomorrow, so keep your eyes peeled. In the mean time, go purchase your copy of The Lost Locket of Lahari now!