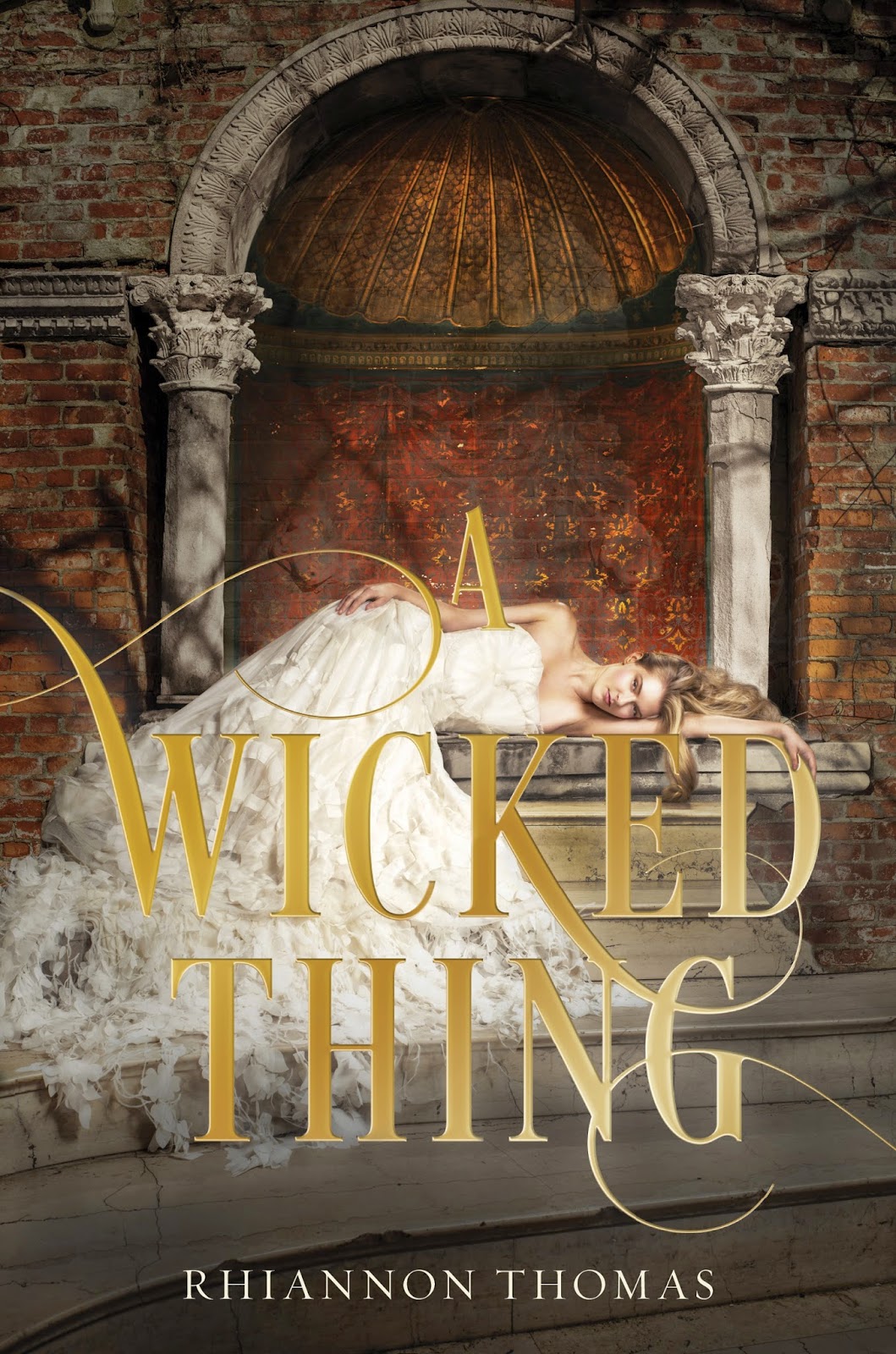 
Rhiannon Thomas's dazzling debut novel is a spellbinding reimagining of Sleeping Beauty and what happens after happily ever after.

One hundred years after falling asleep, Princess Aurora wakes up to the kiss of a handsome prince and a broken kingdom that has been dreaming of her return. All the books say that she should be living happily ever after. But as Aurora understands all too well, the truth is nothing like the fairy tale.

Her family is long dead. Her "true love" is a kind stranger. And her whole life has been planned out by political foes while she slept. As Aurora struggles to make sense of her new world, she begins to fear that the curse has left its mark on her, a fiery and dangerous thing that might be as wicked as the witch who once ensnared her.

With her wedding day drawing near, Aurora must make the ultimate decision on how to save her kingdom: marry the prince or run.

Rhiannon Thomas weaves together vivid scenes of action, romance, and gorgeous gowns to reveal a richly imagined world … and Sleeping Beauty as she’s never been seen before.


When I heard about A WICKED THING, I'll admit I was skeptical. It seems to be a current trend for authors to retell old stories and while some people are doing it fantastically (Marissa Meyer’s CINDER and ABC’s ONCE UPON A TIME spring to mind), others aren't bringing anything new to the field. For me, that should definitely be the focus of retelling any story that is well known: to tell it better. That's exactly what Rhiannon Thomas achieves with A WICKED THING.

Aurora and the tale of Sleeping Beauty has never been my favourite fairytale but I loved Thomas’ take on the classic. In the wake of Maleficent, I wondered how exactly she would spin it (pun intended). But rather than an origin story, it follows the aftermath of Aurora waking from the curse and whether or not being awoken with a kiss brought about the happy ever after we remember from the original. Aurora is woken from her one hundred year sleep by Prince Rodric – a well meaning but slightly too nice young man – and told that marrying him will calm the tensions running through the kingdom. It was an aspect to the story I hadn't considered so it was an interesting perspective.

Something I'm starting to see more of in YA fiction, especially fantasy, is a stronger political thread to the stories. This isn't a wishy washy love triangle or a tale of how Aurora is being forced into marrying Rodric when she is really in love with some other guy – which in someone else's hands it easily could have been. I was really glad to see that; although the elements of romance are there within the story, they weren't the pivotal focus. What Thomas has done is create a strong female character who doesn't rely on her relationships with the men of the novel to achieve freedom.

I know we hear the term strong female character bantered around a lot in YA fiction; it seems to be this never ending quest to achieve the right balance in strength without giving up the right to be feminine. Aurora achieves that balance in the novel. In fact I was really reminded of the female leads of Kristen Cashore’s Graceling series. Aurora is kind, thoughtful, but that doesn't make her weak and her determination to save the kingdom by being herself, not what the King and Queen want her to be, is really admirable. It was really refreshing to see a fantasy heroine who didn't know weapons, or how to ride a horse, and even when she did get her hands on a valuable asset, she didn't know how to control it. Human qualities make the characters way more identifiable for me.

My favourite character by far was Finnegan. I knew as a reader not to trust him, but the ambiguity of his motives and the brief moments of vulnerability and sincerity made him all the more interesting. I sincerely hope the series takes Aurora to Vanhelm and we can see her interact with him again; I feel like, as much as she loathed him, he really brought out Aurora’s fiery spirit. He was well written, engaging and of course, I'd love to see where his true political motives lie.


Rodric was difficult to dislike. He knows his failings, but wants to be a good king and is working hard. His weakness and awkwardness endears him to Aurora and to us, but you know pretty much from page one that you don’t want them to be together. His relationship with Aurora was interesting, especially in that he was supposed to be her 'true love'. I like that Rhiannon challenged the whole true love and predestined romance. In fact, her attitude towards romance in the book as a whole was brilliant. It is a part of the story but as I've said, Aurora isn't ultimately defined by a love story, but by her desire to be her own individual.

As a fantasy, the incorporation of magic and the like (DRAGONS *fangirling*) was handled really well. The magical elements A Wicked Thing, were twisted into almost political assets - the concept of power was important and magic and dragons were just another way to achieve that. I liked that a lot, because it felt somehow more realistic to me, and making something like magic and dragons seem real is a skill!

Ultimately, the thing that let the book down for me and stopped me from giving a full five for this review is the pacing. The book dragged in places and it felt as if not all that much had happened by the end of the novel. Perhaps Thomas was trying to concentrate so much on the world building and developing Aurora's character that the pace of the plot suffered as a result; I did think at times that certain major plot developments could have been introduced sooner in order to make the slower passages of the novel a little more gripping, but the writing was beautiful. Thomas' prose is really something fantastic and her characters are realistic in their humanity.

I am excited to see where this series goes (and not only because there is the promise of dragons) and I hope that everything I love about A WICKED THING continues into its sequel. If Thomas can nail to pacing of the books to follow, then it could be a cracking series and a potential favourite! I love it!