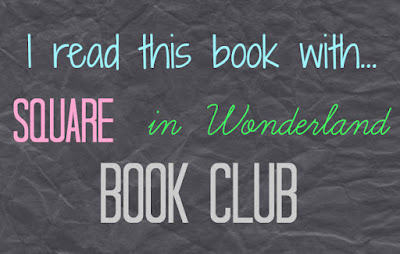 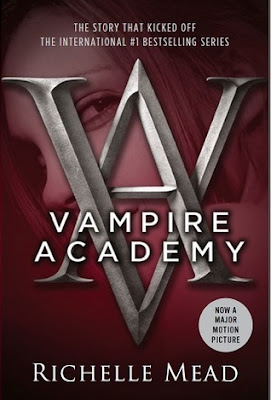 Lissa Dragomir is a Moroi princess: a mortal vampire with a rare gift for harnessing the earth's magic. She must be protected at all times from Strigoi; the fiercest vampires - the ones who never die. The powerful blend of human and vampire blood that flows through Rose Hathaway, Lissa's best friend, makes her a dhampir. Rose is dedicated to a dangerous life of protecting Lissa from the Strigoi, who are hell-bent on making Lissa one of them.

After two years of freedom, Rose and Lissa are caught and dragged back to St. Vladimir's Academy, a school for vampire royalty and their guardians-to-be, hidden in the deep forests of Montana. But inside the iron gates, life is even more fraught with danger... and the Strigoi are always close by.

Rose and Lissa must navigate their dangerous world, confront the temptations of forbidden love, and never once let their guard down, lest the evil undead make Lissa one of them forever...

It's always difficult starting a series that has a lot of hype surrounding it and is a well established fandom. For years I've had people recommend that i give the Vampire Academy and its spinoff series a go, and I've always meant to but never really got around to it. When it came up as a book club read I was excited, but still apprehensive. I was concerned my expectations would be too high and also, I'm super critical when it comes to vampire fiction. Luckily, I like this book and am excited to continue the series!

I can't start anywhere other than with Rose. ROSE. What a main character. It was nice to read about a heroine who had confidence in herself and her abilities (for the most part), instead of a heroine who was riddled with insecurity. I hear so many people say that Rose is a role model for them and I can see why; she's got gumption, wit, and most importantly, respect for herself. Even when she starts to crush on Dimitri (and who can blame her MEOW), she confronts the situation openly.

Dimitri, Dimitri, Dimitri. I like the strong silent type in novels and he's pretty much ticking all the boxes. Any student/mentor type romances can be overly cliched and there is a fair amount of 'No we can't be together despite our insanely obvious and potent attraction towards one another' going on between them. If you accept the cliche for what it is (which I often do, because I like reading those types of relationships), then it won't bother you. I thought what made it different was that Rose wasn't a simpering mess about it. Like I said, she confronted her feelings head on, and confronted Dimitri head on and dealt with it maturely.

I liked Lissa (book Lissa, as I'll come to later) but I liked her in conjunction with other characters. For example, I loved her friendship with Rose, and I loved her romance with Christian (loved especially that this redeemed him!) but I feel like without those things I wouldn't have enjoyed her as much. I think she gets better as the series progresses, or so I'm told, but it was interesting to read about a supernatural character that wasn't gung ho or strong. She relied on Rose and I enjoyed that dynamic.

As far as the novel progressed, I was happy. The mystery of Lissa's power was well played out, although I suspected who was behind the animal attacks etc. really early on, but it didn't stop me from enjoying the story any less. I wasn't massively surprised by any of the twists either, but it was still good fun. I love boarding school stories! The writing is smooth, easy to understand. Rose's voice is strong and that's great.

Overall, I was expecting to actually have a lower opinion of this but I ended up really enjoying it. It's kind of a binge read, kick back, don't worry about it kind of read (though I get the impression my feels will be called on quite heavily as the series progresses....eek!). I will definitely pick up Frostbite in the near future. 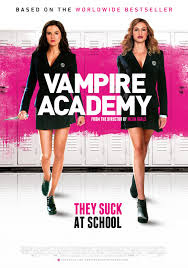 
Since this YA novel has an adaptation, it seems only fair to review the movie too. I was actually really excited about watching the movie when we talked about this being the book club read; they're disappointing more often than not, but I still enjoy book adaptations anyway. And I think that Hollywood and filmmakers are starting to see the benefit and worth in doing movies based on YA well. The Hunger Games is the biggest example I can think of, but in recent years there have been many more.

In watching this, you kind of have to watch it in two minds - as someone who has read the novel and just as a standalone. As a standalone, it's not a particularly avant garde feature; it's silly, fun, light hearted. It kind of pokes fun at the YA movie genre and adopting a satirical approach is probably the best way of saving face. If it had taken itself too seriously, this movie adaptation could have been really bad, but the fact that it knows it's never going to be Hunger Games seems to make the whole thing better.

Casting wise, it was mostly on point. Cannot fault Zoey Deutch although I know critics did. She's a great Rose. A lot of people in book club thought Danila was too old to play Dimitri but generally, I actually liked him (even if he did seem closer to 30 than 24). He had that serious, strong thing going on and I thought the chemistry between him and Zoey was actually really genuine. Lucy Fry as Lissa was an okay casting but I feel like she exaggerated the worst qualities of Lissa - her whininess especially and listening to her voice got really irritating. The only casting I really hated was Olga Kurylenko. She's not a bad actress, but she really hams it up in this - and not in a good way. It felt like she'd kind of stumbled onto set by accident.

In terms of adaptation, it's actually largely faithful to the novel, which is a novelty. My issue was that considering it was from the director of Mean Girls and the writer of Heathers, the dialogue and pace of the movie should have been smoother, less cheesy and edgy. I mean, Heathers! Mean Girls! Two iconic high school movies with female teenagers at the helm...I think I expected a bit more sass and grit, but Zoey couldn't carry it all by herself.

Overall, I liked it a lot more than I thought I would (considering that it got a measly 9% on Rotten Tomatoes) and I can see myself vegging out and watching it again, if only to enjoy the Dimitri scenes. It's by no means perfect, or even a great movie, but it's fun and light hearted, like the novel.