I have no idea if this is a pre-existing tag/meme for blogs - more than likely I imagine - but if there is one, please help me out by commenting below. I want to make sure I give credit where credit is due.

I've been thinking about this a lot lately, and how we, as people, enjoy ascribing ourselves to groups like this and fandoms and groups within those fandoms. Maybe it gives us a sense of belonging, maybe we understand a bit more of ourselves out of it. Maybe it's just fun! But I want to examine where I would stand in several major fandom groupings in order to understand myself better. If you want to have a go at this too, go ahead! I think it's important to know yourself! 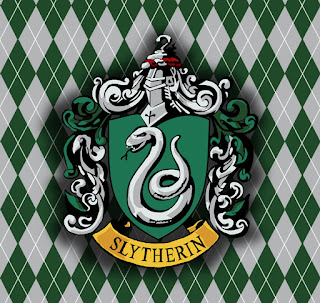 THIS ONE WAS EASY. I knew really early on when reading that books that, if I were at Hogwarts, I would be sorted into Slytherin. Growing up with the books, it was difficult to articulate why that wasn't a bad thing to a playground of eleven year olds who all wanted to be Gryffindors. The Slytherin house have the worst reputation (Dark Lord, Death Eaters, Pureblood mania...yada yada) and I'm always arguing with people about how Slytherins actually have an abundance of positive traits such as:
They're the doers. The ones who get jobs done and work hard. The ones that pick their friendships and are select with their loyalty, but when they're with you, they're with you. I feel like in a lot of ways they can be just as forthright as Gryffindors, just as clever as Ravenclaws, and just as loyal as Hufflepuffs. We just apply it differently. 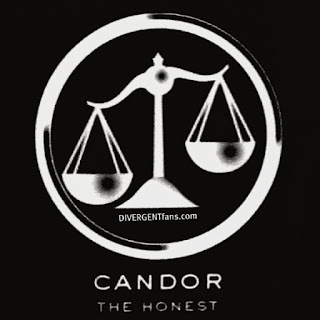 This is a weird one for me because I feel like I had to come to terms with where I would actually belong. I knew where I felt like I had lived for the longest time (Abnegation), I knew where most people would expect me to sort myself (Erudite), I knew where I could never hope to find myself (Amity...way too peaceful for me) and I knew where all the hot guys ended up (Dauntless obviously). I literally never considered Candor until a friend in my writing circle said that I was obviously part of that faction. Obviously? Not to me. So I asked other people, and then I finally asked my mum who of course knows me better than anyone. "You're straightforward," she said, "and you always tell people what needs to be said, whether they're going to like it or not." And the more I thought about it, the more I realised she was right. My role in my friendship groups has often been the listener and the counselor, and counsel isn't necessarily always what you want to hear. People had been coming to me for that very quality all my life. 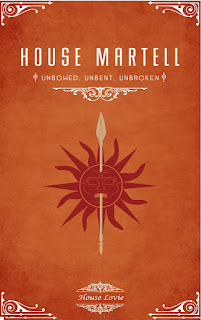 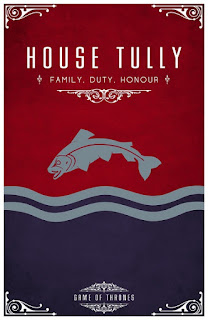 I'll admit I only read the first book in this series so the only ones I could remember were the Lannisters, the Starks and the Dragon people (not going to attempt to spell that). So, I did a bit more digging a research and tried to pick a house or group that I felt, at their core, represented what I wanted and believed in, especially if I found myself in Westeros. I was really torn between two, so I cheated and put both.

House Tully is a big one for me.  'Family, Duty, Honour' is definitely a motto I try to uphold in my own life. Family comes first in all things. But I really admire the strength of House Martell, and the motto 'Unbowed, Unbent, Unbroken' spoke to me. No matter what gets thrown at you, you stay strong. Whether that's by yourself, or with the help and love of your family, I think that's a quality I have and endeavour to have. 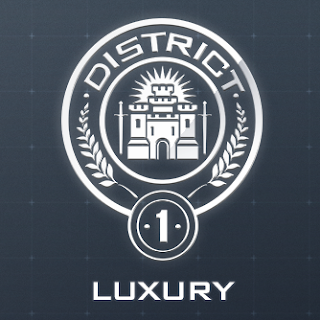 Since there isn't a District 14 (exceptional makers of cakes and cookies), I'd probably be somewhere that didn't require too much physical labour. I'm a little weak in the upper body...and lower body...okay generally, just quite weak. District 4? Finnick, sure, but I'm a terrible swimmer. District 7? Beautiful trees, but I'm not so good with the axe swinging. And don't get me started on Distrcit 12. I am a very hungry person. Since no one wants to admit that they would love doing absolutely nothing in the Capitol while everyone dies in abject poverty, I would have to place myself in District 1. I know, I know. They're kind of Capitol groupies and a bit douchey at times, but they specialise in luxury items, so gems and crystals. Which are so interesting and definitely a hobby of mine. Plus, I'm definitely a leader and being at the top of the pile, where the ambitious careers are born...well, as loathed as I am to admit it, that definitely makes sense. I initially thought District 3 for their (sort of) academic qualities, but let's face it, engineering? Totally have to have some science and maths skills there and I have nada. Except Pythagoras. That I can do like a boss. 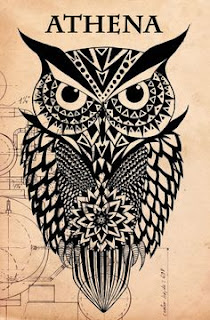 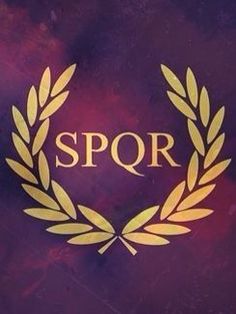 I've taken so many 'which god is your parent?' or 'which Greek/Roman god or goddess are you?' quizzes and I have come out with different answers nearly every time. I like that there are lesser known gods and goddesses, but out of the Big 12, I would definitely be bunking up with Annabeth as a child of Athena. Not so keen on the de-warfared Minerva of Roman mythology (for those of you who don't know, the Romans took Athena and 'separated' her into Minerva and gave her war traits to Bellona, goddess of war). However, I am definitely more of  a Roman character. As much as I'd love to be all about parties and frolicking, I'm more disciplined than that. So maybe a mix between the two? :S 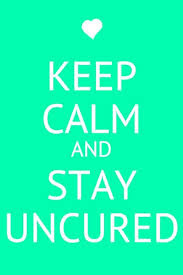 This is a smaller choice but an easy one. Although I agree that love can be messy and damaging (when abused or twisted and sometimes when not), I cannot imagine a life without it and I believe it has the power to redeem and better. So no cure for me! *runs off into the sunset*

I'm not going to lie; I always thought the Jedi were kind of righteous a-holes at times, especially when they wouldn't let you marry anyone. The Sith Lords...waaaaay cooler. You know, aside from all the killing and evil and stuff. The Republic are awesome and I'm definitely a Han Solo kind of gal, BUT, no Jedi mind powers. I couldn't pick. In the end, I consulted a higher power (my Star Wars obsessed brother). "Can't see you running about with a gun," he said. Which was kind of upsetting, and sparked a brother-sister row. I could wield a gun, no problem. POW POW. Afterwards he said, "I can picture you in the Senate. You know, being all diplomatic and whatever." In the end, I conceded. I would be a Senate member - hopefully uncorrupted by Palpatine - using words and diplomacy to solve problems. As my #RoyalWriters friend Tim put it the other day after a back and forth, 'we should put you on a peace negotiation team, you'd have the other side handing over their freaking tanks!'


LORD OF THE RINGS/THE HOBBIT UNIVERSE 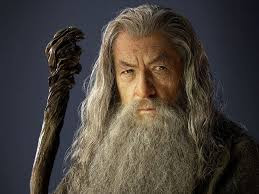 It's easier to answer this question by saying what I am not. I am not a dwarf. I am not man. I am not a goblin. As Dana pointed out, I'm not short enough to be a hobbit, and certainly not as terrified of adventures, even if I am a family girl. That leaves Wizard or Elf. I actually love the way the elves live. Rivendell? Hello! I like their nobility and their gracefulness, and although I am probably as awkward as a hobbit, I am definitely as aloof as an elf at times. Plus, immortality? Yes please, and I wouldn't be giving that up for no one, not even Viggo Mortensen. But, ultimately, we come back to the learned, counselor type figure that most of the wizards seem to have in Tolkein's universe. I am the Gandalf of most of my friendship groups - leading, guiding, grandfatherly. Maybe I'll grow a beard.


These are all the fandoms I'm going to cover now, but maybe in the future I'll do a second part. Are there any fandoms you feel I should have covered? Comment below and I'll try to do them if I have enough!

If you want to do this, feel free! I tag: